Portrait of a St. Lawrence Graduate

Known for academic excellence and a commitment to religion, St. Lawrence Seminary High School brings out the best in its students. Our students graduate as the courageous and noble young men God calls them to be, respecting and caring for others while living lives of faith. In all that we say and do, we aim to foster and encourage the development of graduates who are academically prepared men of faith, enlightened servant leaders and community builders.

A MAN OF FAITH

He is a man of faith growing in his spirituality and relationship with Jesus Christ while being open to God’s call. He participates in the sacramental life of the Church and enters fully into communal and individual prayer experiences. As one who reflects on his faith, he exhibits an ongoing commitment to spiritual direction. Realizing that his faith calls him to action, he demonstrates a commitment to making the world a better place through service ministry.

He is enlightened as he gains insight into what is important and develops an ability to make moral choices. He is maturing through his independence and able to fulfill his responsibilities. While adapting to new and changing environments, he becomes aware of his talents and their usefulness in the school community and society. 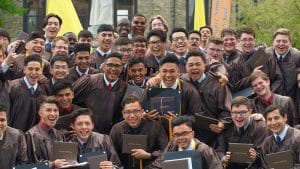 He is a servant leader who is developing the tools necessary to empower others. In seeking to make the world better through sacrifice and commitment, he is also growing in his self-understanding and ability to communicate effectively. He gains an awareness of others’ needs and responds to them.

He is academically prepared as demonstrated in his ability to use problem solving skills. He has gained critical thinking and active learning abilities and applies them in educational and real-life challenges. He also demonstrates open-mindedness as he develops the knowledge, skills and experiences necessary to prepare him for post-secondary studies.

He is a community builder who enables others while using his God-given talents. Through his experience of living in a diverse community, he is growing in cultural appreciation. By engaging in a study of Catholic Social Teaching, he is developing the skills to be a change agent in the world and is committed to social justice. 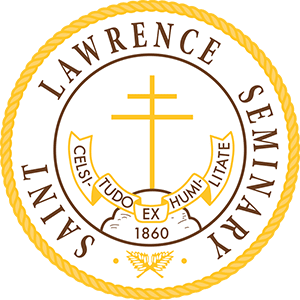